Back when I wrote my very first blog post, I had five boys underfoot, worked a full-time day job and aspired more than anything to be a published writer – just like Nicholas Sparks. Having read his riveting rendition of how he found a publisher, I was certain I could duplicate (if not best) his success.

Driven by a burning desire to be able to ditch my day job (not unlike the esteemed Mr. Sparks after he received a million dollar offer for The Notebook), I set about learning everything I could about getting published. I researched online, read interviews with other famous authors. I even joined a local writer’s group, started going to writing conferences and got myself a critique partner.

Along the way, I learned that I had a much better chance of not ending up in an agent’s or publisher’s slush pile if I had some writing credentials to tout (number of books written, royalties for the last three months, number of units sold, etc.).

Certain that I would not be able to wow them with the Perinatal Device Monitor Thing-y user manual I had just updated at my day job, I set about finding any freelance writing gig I could get my hands on. The first thing I did was pitch my Plate Spinner blog to the editor of the local section of the Chicago Tribune. When he agreed to publish a post every other week, I was over the moon. Next, I tapped into parenting blogs looking for contributors. I found two: Mom.Me and BlogHer. More freelance assignments with the Chicago Tribune followed. By then, I had a what could pass as a finished manuscript, ready to pitch.

Well I pitched the heck out of it and nothing happened. Still, with a burgeoning fanbase from my blog, I was not going to let the fact that I sent out 56 query letters and got 56 rejections back deter me.

With visions of handing my manager a letter of resignation and being carried out of my office by cheering (if not terribly envious) co-workers, I signed up for an agent pitch appointment at a local conference.

Let me tell you, nothing can test your will to succeed more than the moment you’re sitting  in front of the one person who has the power to either turn your dream into reality or smash it to bits with a sledgehammer.

I walked out of that experience with one takeaway: sex scenes sell books; the hotter, the better. My book, unfortunately, contained none. With a pat on my head, I was sent on my way discouraged, but still not deterred. While I was not about to insert gratuitous sex scenes just to see my name in print (which, trust me, the readers of my blog would have none of), I sought the advice of my trusted critique partner, herself a published author.

What happened next, happened very quickly.

She suggested I send a query to her publisher who promptly asked to see a synopsis of my book and voila! I received a contract!

Not for a million dollars, mind you, but still – the clouds parted and a choir of heavenly angels burst out in song.

Five published books later, I had two boys underfoot and STILL had to work a full-time day job – well, two if you consider the time and effort it took to not only crank out two books per year, but promote them as well.

In short, aside from my older boys leaving the nest, nothing had changed. Somewhat disillusioned, I took a step back, trying to figure out where I had gone wrong. Here are five things I’ve learned:

As my husband once told me: “Running down a dream is a marathon, not a sprint.” If that’s the case, my finish line may still be a ways away, but I know it’s out there. 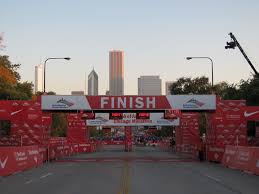 This site uses Akismet to reduce spam. Learn how your comment data is processed.

Can I get an "Amen"? #stopthehate #enoughisenough #unitedwestand #loveconquersall